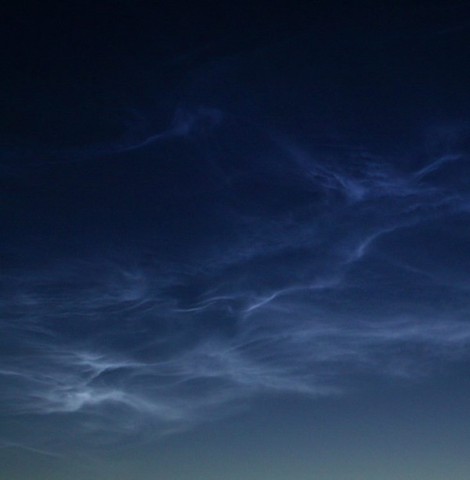 Mathias Grassow and gterma’s affair is blooming, and this makes me more than happy. If I’m counting correctly it’s their tenth collaboration, and the number doesn’t include compilation tracks; and you know that in gterma’s case those are almost always more than ten minutes long. Well, anyway, “The Darklight Quest ” is here: this time these are older tracks, previously released on CDr at klauswiese.com, except for the short “Prelude” (composed in 2013). The remaining three tracks (yes, you guessed it, they are veeery long) are 18 years old now.

This album was made during the period when his music was the darkest, or rather the most nocturnal and minimal (“Clear Light Of Death”, “Mind Riders”, also – as mentioned in the booklet – “The Nightquest-Sessions” and “The Dreamquest-Sessions”). These tracks can’t actually be compared to majestic tapestries like “Dämmerung” or “Bloodmoon”, where the drones are generated in such a way that you feel like you’re outside, under the sky, except that the sound textures and frequencies are playing the role of the oxygen. No, at some point I could compare “The Darklight Quest” to Robert Rich’s “Somnium”, although on a smaller scale – it’s still “just” a regular CD after all. It begins with a pleasant and melodic “Prelude”, but in another track accurately entitled “The Abyss” things are getting calmer and darker, the frequencies are lower and the listener is taken, well, perhaps not exactly to a place where the dark stars hang, but not that far away from there. You can sleep while listening to this one alright, but I can’t guarantee that your dreams will be nice, peaceful and full of colors. At some point in “The Abyss” the void spits out something that sounds like a female chant (sirens of the abyss?) as well as some trumpets out of this world, so it makes you feel like you’re exactly between the mundane and the dreamlike netherworld, a limbo where your spirit wanders while your body lies in bed, in a cosy apartment.

The following track, “Unseen Worlds”, catches my favourite moment of the day, especially during the summer. The point when the first rays of sun are emerging from behind the horizon. The distant night birds are still singing their tunes – I think they were present on “Somnium” as well, although I’m not sure now, because to me listening to that epic album has aways been connected, well, to sleep. The majestic sunrise fills me with awe and I don’t want it to end. Ever. In a latter part, the composition drifts once again into minimal oceans with an ascetic and calm drone on the forefront, but after a few minutes the warm morning zephyr gently surrounds you. And like a sinusoid, the sky gets dark grey for the last time. This atmosphere vanishes in silence and we welcome the “only” nine-and-a-half-minute long “Beyond Nothingness”, the very last composition…

…which is warm and peaceful, giving a pleasant vibe to the body and mind. You can open your eyes now, start a new day, do what you have to do and – if you’re alone – repeat the whole process in 24 hours, at more or less 3 or 4am. I don’t want to repeat myself, I’ve been Mathias’ die-hard fan for many years now, and this is another jewel in his rich discography. I enjoy it and I want more.