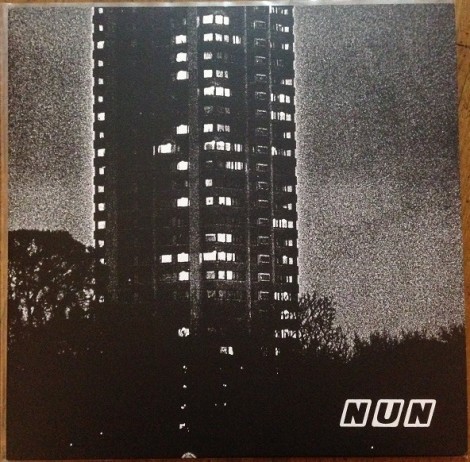 Defining the Melbourne based band Nun as “synthpop” could be slightly reductive. There’s in fact a deeper layer beneath the danceable drum patterns, the catchy melodies and synth lines proper of the genre, a subterranean side of the music that constantly struggles to reach the surface of these pop tunes, making them polluted and horrific. And that’s what makes interesting a work that otherwise would have been one of the many ‘80s new wave revival records. There is something sinister and dark that’s clearly perceivable, but not immediately identifiable as it usually happens in goth music. It’s something that disorientates the listener, but at the same time keeps his attention focused on what’s going on, as when you’re watching a good horror movie. The name of the band itself is disorientating, because is difficult to find something more opposite to the chastity and seclusion of a nun than these sabbatical and orgiastic songs.

The explanation is that Nun’s music simultaneously proceeds on these two antithetic levels, as it’s clarified by the sample in the coda of “Terrormaze”: “When God looks in the mirror, he sees himself reverse: he sees the Devil. Where there is a God, there is a Devil, where there is a priest, there is a witch”. And the nun/witch in question is frontwoman Jenny Branagan, who impersonates much of the decadent aesthetics of the band. Someway between Cyndi Lauper and Siouxsie, she’s highly charismatic and able to easily switch from girl-next-door popstar to underground evil priestess. These two aspects often coexist in the same track, but are brought to the extremes in the Blondie-esque “Suppress Electricity” for what concerns the “good” side, and in the slow and claustrophobic opener “Immersion II” for what concerns the “dark” one. Her vocals often feature a clean layer that stands separated from a second one, heavily processed with filters, detuners and other effects. The other members of the band are equally important, bringing in a powerful wall of analog synthesis (just listen to the heavy basses of “Cronenberg”). As Jenny’s voice, the electronics also always have something that dirties the sound: the oscillators’ tuning changes irregularly, the drum machines are oversaturated and the basses are extremely loud (“Kino” is a perfect example of all these aspects). Curiously, after the lo-fi instrumental nightmare of “Lost Souls” and the obsessive “Terrormaze”, the album closes with “In Blood”, an unusually relaxed and positive tune.