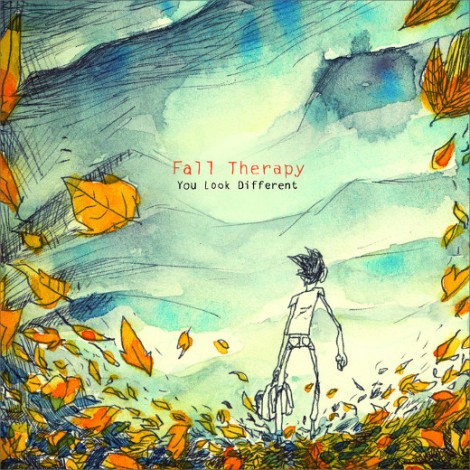 I am a simple man, I hear a good tune, I like the album. And what is the trademark of Fall Therapy’s debut album? A multitude of catchy tunes. I need no more.

The first track you may treat as the opening of a great journey, cosmic you may think, as it recalls of a 70s sci-fi movies aura, which was creatively reconstructed over several times during this decade (Jeremy Schmidt’s soundtrack to “Beyond The Black Rainbow” – sublime). Yet from “Taste Of Variance” it establishes its form of succulent and thrilling electronic bachanalia, an ecstatic feast of IDM, dub and ambient blended together smoothly and always with emphasis on melody.

How not to fall in love with pieces like “Consistency”, it’s techno pulse, bass rumbles as if taken from the “Annihilation” soundtrack and the oldschool synth passsages. Through the means exploited to the limit, mangled by many others, he’s able to create something fresh and very personal. The sweet guitar passages and the vocal parts in songs like “Guilt” or “Abraded” bring the album to a more intimate level installing Fall Therapy somewhere between Bvdub and projects like Neon Indian, though without this almost heartbreaking emotions by Bvdub nor the funky retro touch often present in Alan Palomo’s project.

You may find this human touch in the atmosphere devoid of politics or religion, but also in the music itself. The musician is not afraid to go dissonant sometimes, to leave few glitches here and there, so you can be sure that this whole electronic structure is not made by a computer, but by a sensitive fellow with a grand musical imagination.

One response to “Fall Therapy – You Look Different”