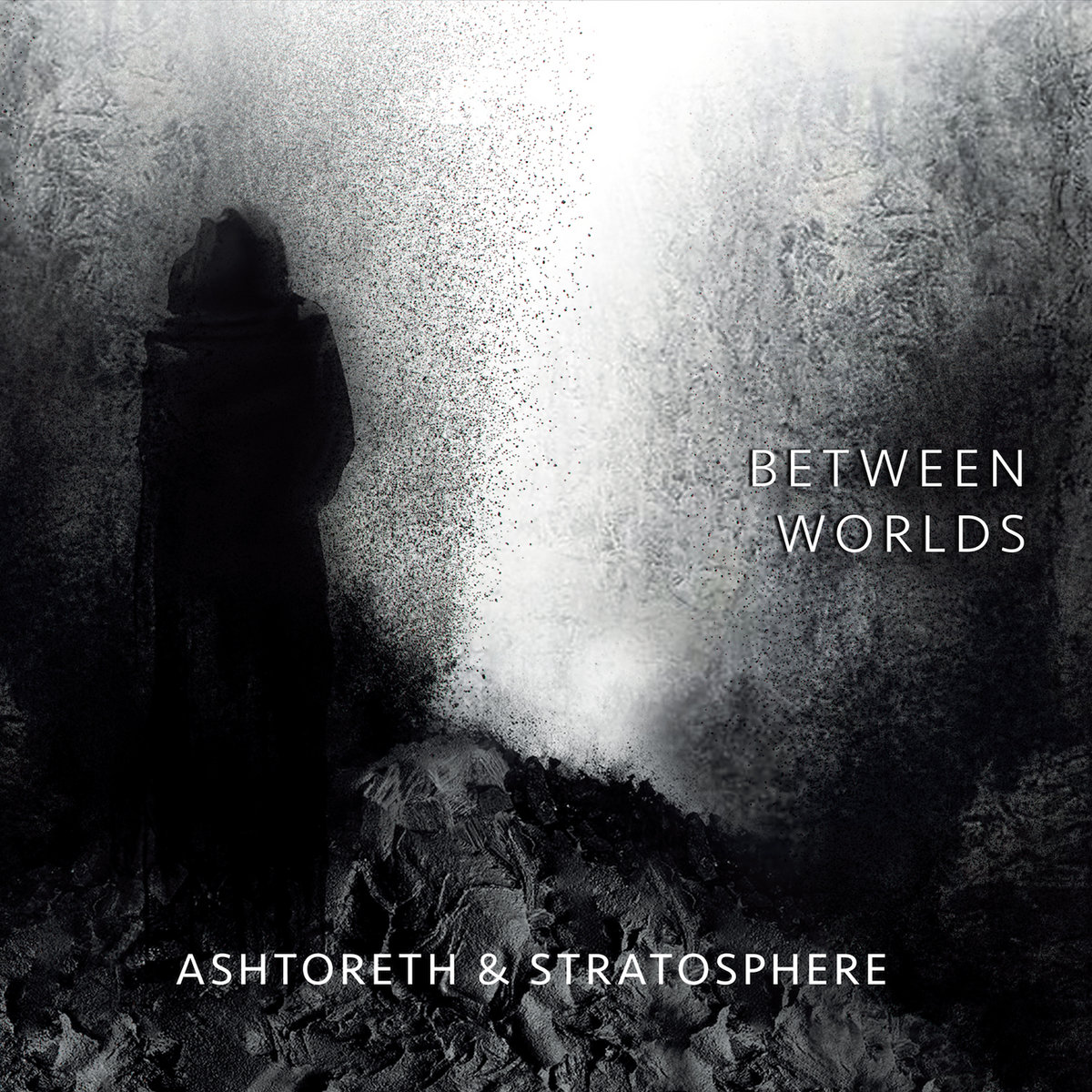 For Winter Light roster this is a bit of an unusual release. I mean obviously within the label’s conceptual frames, because we’re not talking about music from a totally different fairy tale, these still are rhythmless cascades of several waves of sounds, but this time they’re like… less dark and desolate, so to speak. I mean you will experience some chilling moments here or there, but they’re but a flavoring for the whole “Between Worlds”.

Which is pretty much what you could expect after these two experienced personas, that is Ronald Mariën (Stratosphere) and Peter Verwimp (Ashtoreth). So if you’re imagining forms reminding of ambient deep and spacious (which Stratosphere is so proficient with) combined with the drone magic straight from our beloved guitar shaman, Ashtoreth, you won’t be that far from the actual formula of this album. These atmospheric streams of sound are like some sort of aural waterfalls – huge and majestic, but also calm and soothing. If you look at an actual waterfall, often you don’t realize of how long you’ve been hypnotized by it, five minutes of half an hour – just like a decent ambient album should work. And it works on “Between Worlds”. You lay in a half sleep state with “Evoke” on headphones, you don’t even know and its forty minutes later, and you’re overwhelmed by the monolithic grand finale of the same title as the album itself.

It takes you “Between Worlds” – how to interpret it, look for the answer for yourself. Or find your own explanation – to me it is an imagination of suspension in this peculiar state between the reality and the realm of dreams – in this context it has moments (“Evoke”, “Longing”) when the power of impact is similar to these classic, drone based, Robert Rich albums. Yet at the same time I notice the resemblances (not all the time, these are also the moments, impressions) with – to put it simply – other ambient projects using guitars to make drones. Like AUN or thisquietarmy, you know, the post-rock feeling hidden in and between the sounds. Also I need to mention that the structure of the album seems very thorough. It’s not like the tracks are arranged in random order. There’s a time and a place for calm serenity, but also for dense tension, when things are going a bit harsher, like the breathtaking middle part of “Ascension” or “Between Worlds”, possibly my favourite compositions of the album.

So it’s worth taking this journey between worlds where the shapes and colors are surreal but hypnotizing. Several months ago I’ve played “Black Mesa”, the remake of the classic “Half-Life” videogame. The moment when you enter Xen, the borderland between two dimensions, just blew my head off with its mystical allure. This collaboration by Stratosphere and Ashtoreth is like visiting Xen again, yet without any hostile presence from any side. Awesome. So listen to this offering and – paraphrasing Rust Cohle from “True Detective” -don’t sleep. Just dream.