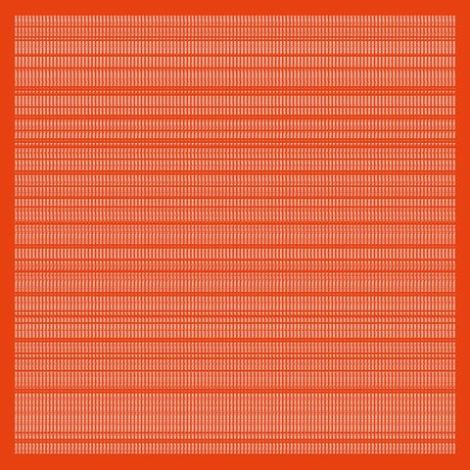 Without fear of contradiction it can safely be said that Merzbow is one of the most prolific noise artists in the world, with hundreds of albums to his name both solo and collaborative (his Partikel collaboration with Nordvargr remains one of my favourites). Gareth Davis is a clarinettist based in Amsterdam and a member of A-Sun Amissa amongst others, and judging purely by this, my first encounter with his work, I can say that if ever two musicians were fated to work together it would be this pair. Two veritable tsunamis of raw, abrasive sound heading inexorably towards each other, to meet in a gargantuan cacophony of noise, catastrophe, and chaos, laying waste to whatever comes between them. In fact, given the weight and sheer mass of these pieces it perhaps isn’t surprising that broken landscapes are left in their wake.

‘Dogger Bank’ is a real place, being a large chunk of land situated between the UK and the European mainland. This one is definitely broken as it’s now covered by the North Sea, but during the last Ice Age it was part of an exposed landmass connecting the British Isles to continental Europe. Appropriately then, Merzbow & Davis portray this area with heavy drones and overblown clarinet, a massed sonic assault that metaphorically submerges one under a blanket of lightless and breathless barrage. It feel as it we’re watching a time-lapse film of the glaciers of the last Ice Age melting, and seeing the waters close in on the doomed land, making it appear as if this all happened within the space of a single day instead of thousands of years. Needless to say, given that, it’s relentless, unwilling to let us break the surface to take in air, leaving us fighting for breath and survival. Soon, the darkness begins to close in…

‘Yabata Frog’ begins with the trademark suffocating granular blasts of Merzbow, accompanied by the sounds of what appear to be either mechanical artefacts or a collapsing landscape. The fabric of reality appears to stretch and twist savagely, pushing material and solidity to their ultimate limits, breaking and snapping, deconstructing and crushing. This is the ultimate fate of everything in the universe, how stars, planets, and moons end their lives, leaving behind little but the dust particles of their passing. Like the previous track this, too, is unrelenting, descriptive of a process that, once set in motion, is impossible to stop. The scale is inhuman, and therefore pushes it outside the bounds of human imagination and visualisation.

The ‘Inland Empire’ of the third track could either refer to the metropolitan area inland of Los Angeles in Southern California or perhaps the experimental thriller film by David Lynch. I’d wager that it might be referring to the latter, as Lynch is well-known for his weird atmospheres and the deliberate twisting of narrative. This sees Merzbow in a quieter register, providing what sounds like an industrial-scale vacuum cleaner background, while Davis interjects streams of chaotic squealing woodwind. Once again weight, or the appearance of it, forms a major element of the themes here, as well as what feels like claustrophobia, isolation, and ostracism. If nothing else this paints a searing and gloomy picture of life in an uncaring environment, perhaps a lone human living amidst a bustling city where people only care about themselves, and where sensitive souls are quickly sucked in, chewed up, and spat out carelessly. The weight of depression and oppression are tangible, crushing the soul and leaving behind empty, dried out husks. The city is forever on the move, the people its lifeblood, but, just like we pay no attention to the platelets constituting our blood, they ultimately contribute to its survival without being acknowledged. The city doesn’t care. That sensitive soul is in essence a foreign body, something to be ejected from the system or destroyed. The metropolis is a machine, indifferent, uncaring, and brutal.

I shall put my hand up here and say that normally I don’t care for overblown instrumentation, but in the context of this release it fits perfectly and seamlessly. These three tracks are of a piece, a symphony to the chaos and catastrophe that marks the 21st century and its artefacts. Yes, it’s monolithic, immovable, gargantuan, oppressive, and unstoppable, but that’s only to be expected from masters of their craft. Some may say that there’s a one note mood here, but I say that it reflects the seeming acceleration that we’re undergoing as a species towards some kind of event horizon, a singularity – we haven’t reached it yet, to be sure, but it’s looming on our collective horizons. Perhaps, then, this isn’t a warning, but a soundtrack to be played whilst we barrel towards extinction.