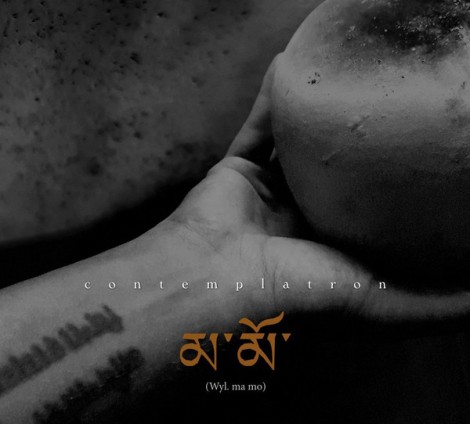 After a sci-fi detour in form of “His Master’s Voice”, this is Contemplatron’s return to the Buddhism-influenced ritual dark ambient. As usual, it has been released via Wrotycz Records from Poznań, Poland.

It may possibly be best, or at least my favourite Contemplatron album up to date, because all the factors I like the project for have been polished on “Ma Mo”, in terms of both sound and composition. Also the darkest perhaps, because while at first sight it may seem like a straight follow-up to “Prabhashvara”, the sun doesn’t shine over Himalayan peaks anymore. What we have is a starless night and the echoes of a ritual carried by the wind. That being said, while with all the attributes of the genre (aliquot singing, singing bowls, etc.) Contemplatron still belongs to the Bön tradition influenced ambient family (hell, he’s one of the family’s fathers), the music on “Ma Mo” is often getting closed to the raw, primal, pagan ceremonies like those performed deep in the forests of Finland and we can enjoy them thanks to Aural Hypnox label. Just listen to the “Mun-Pa Nag-Po” or “Prabhakala Acala Sataanaka” tracks and you’ll see.

So you won’t find a “stagnation” word in Contemplatron’s dictionary, but the changes aren’t crucial enough to lost old fans and gain new (Is “fan” a proper term for this kind of music? perhaps “follower” would suit better). This is still good old Contemplatron who, with his ambient mantras, is following his own artistic path to enlightenment.

By the way, my cats seem to love this new Contemplatron output. I haven’t seen them reacting to any music for quite a while and they were listening to “Ma Mo” with a deep attention. Peculiar.