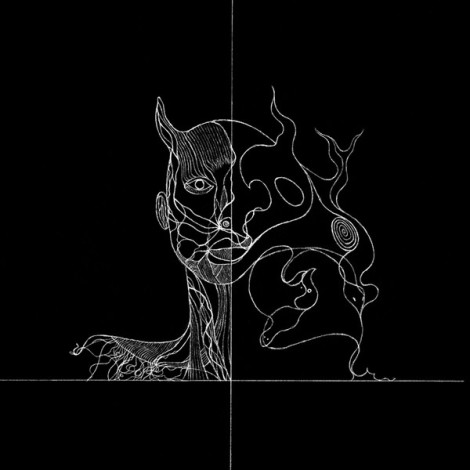 Sphyxion is a side project of Maninkari which received some sugar from us a couple of years ago. Charlot brothers have joined forces with Zoharum label, to bring a more compulsive version of that other project. This is Sphyxion second album, a fact that you probably wouldn’t guess after reading the title. The debut was released in 2016 on Anywave Records.

Maninkari was dragging you slowly in their dark-grey world of bleakness. It was never pushy nor aggressive, as if it always knew that with time it would reach its purpose and tempt you completely so you cannot breathe. “Come on, lay down, no rush, close your eyes, no worries, you can always leave”. Yet after a while you realize that you’re already hypnotized by that serpent and you have no strength nor will to escape.

Sphyxion works differently. It’s insistent, it flies around your head like a swarm of mechanical insects willing to swallow you completely in the blink of an eye. These broken rhythmics have a leading role here, they call you out and sting you again and again, while minimal waves of electronics try to counterpart the dynamics and assure you that there’s bliss in Sphyxion `s world as well. Sometimes the tracks take a dreamy ambient shape and bring a little bit of calmness, like in track no. 9, but most of the times the music on this album is a solid piece of analogue dub/cold wave. Seemingly rather distant from what Maninkari is offering. But in the end having quite a lot in common with their main project, it only takes different means of expression to reach the core of the music.