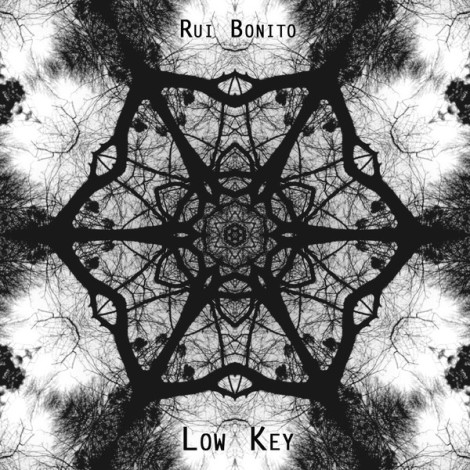 There tends to be a curious disconnect between what is rumored and what is known these days, those who are the loudest somehow wind up being proclaimed ‘wise’. The profiles of celebrities eclipse their vapid personalities and there’s an unending parade of suckers who will buy into whatever they attach their names to or make “impromptu” speeches about. The court of public opinion grows in prominence with each passing day; if you think that’s bad then take a look at what they’re listening to, it’s enough to make a person want nothing more than deafening silence.

I’d love to see the proud and pretty be made to listen to what Rui Bonito have composed, I imagine it would be similar to salting a slug. Compromise is not what ‘Low Key’ is about, this is a record designed to remove you from everything and set you on a path which leads into one mysterious tableau after the next.

At first glance this seems to be somewhat overdone with atmosphere but then it sinks in; much like the gradual erosion of stone into sand so ‘Low Key’ goes about it’s relentless business. What’s that you say, I don’t have the time? Make some. Spend days, weeks or as I had to months learning the topography of this album; he didn’t skimp on his sound design and we as an audience surely should reward that diligence.

Each of the songs on here are designed to play upon the previous one, building up a strange complexity out of the barest elements. That sand I mentioned earlier, consider for a moment what it would take to stack it grain upon grain… what would come out of such intense concentration. Perhaps the one who authored this release knows the answer to this or maybe, just maybe these nine compositions are meant to serve as a meditation on that question.

Then again, this is no neat and tidy compendium.

There’s a range of instrumentation employed which is clearly meant to cloud perceptions. What is he trying to summon with this work because there can be no doubt that this music is firmly entwined in some sort of ritual. With titles like “In The Woods”, “Passages” and “Owl” the terrain has been established but what of the outcome. I’ve woken up a few times in life not knowing where the I am but I never thought someone could manage to capture what that feeling sounded like. Until now.