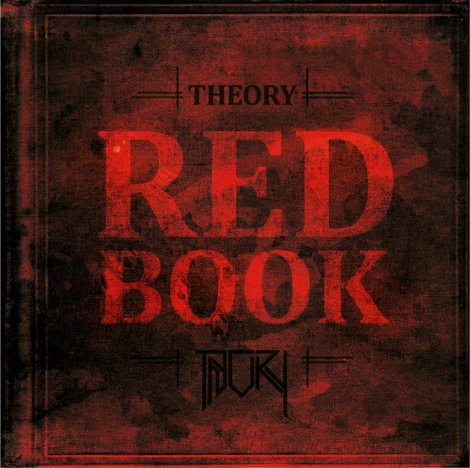 After traipsing around in the rain this record really does work wonders, who needs caffeine or Scotch to warm up when this baleful album is coming at you? I’ve read that the guy who is Theory has a multitude of other work out there which I’ll be parsing through at some point but until I do these seven tracks are more than enough to chew on. Continually there are layers added to a mixture of beats and brutality which lure you in and then have their way with you. Oh and no, you don’t get any break from the intensity as he ups the tension numerous times through the usage of minimalist sound design.

This is for the person who doesn’t want any distractions and chooses to focus on whatever their task may be; should there be any concerns about motive, method or intent you’ll get no breathing space here to consider any of those. The execution is key, whether Theory are lingering on a loop of feedback or melting down individual sounds into a toxic concoction all of it was planned. Indeed, I get a sense of willful misanthropy on the part of our composer as though he had designs on doing this for quite a while. The colors are grey, black and naturally a mortally iron shade of red.

Tempting as it is to assign a genre or variation of one I’m not going to. Sure, I’ve come across material in a vein similar to this by others yet somehow it didn’t go where his tracks do. A couple are quite long and are plainly meant to challenge the audience’s endurance and ability to follow along; broken gears, shattered souls, unremitting malice and a belief in absolutely nothing. Theory’s net is cast far and wide and if there’s a message behind what I’m hearing I cannot perceive it. In the 90s I continually waited for the prominent noise acts of the time to have the guts to set aside expectations and shake things up but of course no one would; why innovate when proven formulas will suffice?

‘Red Book’ is what I’ve been after. Theory have managed what entire labels and idiots with their case-logic books failed to achieve then: accessibility and experimentalism without the usual pitfalls of distortion and pandering imagery.

One other feature is that if you found the right kind of club with curators prepared to educate rather than just entertain their crowd then every one of these pieces could pack the floor. Yeah it wouldn’t a conventional kind of night but his programming is such that even the most jaded and snark-prone fashion victim would not be able to resist. How he managed to come up with a lot of the grinding, mechanized drone here is a question yet to be answered but goddamn am I glad he did… whatever comes next from Theory is going to easily maintain the quality level, we’ve a talented maestro on our hands who isn’t afraid to experiment with the variables wherever his whims take him.