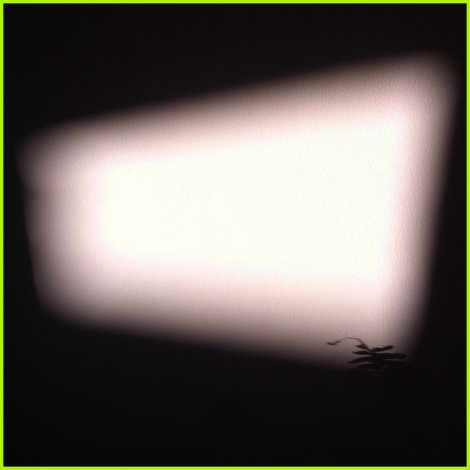 What’s in a name. Well in this case we have two destinations being demarcated on this release, one by a name new to me (Galloway) and the other by an individual who has already been at my grey matter on numerous occasions (Commodore Meniscus). I’m certain that they had their reasons for taking this route and having now spent an inordinate amount of time soaking this split album up I begin to see what some of them are. At the very least, they have expanded on the style of topographical electronics gloriously; buried a bit further down in the mix my ears can make out the origin points of something very very odd indeed.

I have expended the better part of a month attempting to ascertain the goals and aesthetic ideals of this project. After having done my research it becomes quite apparent that Galloway and the Commodore are each skewering the conceptual basis of field recordings by way of inter cutting them with spoken words and resuscitated vintage recordings which they have somehow sourced from realms as yet unknown.

The label which issued ‘White Peak/Dark Peak’ excel at operating from that region of sound but when was the last time you got the feeling that even they were daunted by what they found.

There are, of course, all the trademark audio markings to give one the impression there’s still some kind of order to this but they are lures more than anything else. This outing underlines yet another instance where I have encountered multiple iterations in tone for each listen; the details abound amply as these bizarrely engaging worlds emerge into our three dimensions with an ominous panache. Also of note would be the track titles, which depending on which format you purchase are either two long-form pieces or five digital tracks. This is an important distinction to make as they each contain little surprises while they chronicle their surroundings.

Now the basis of what they’ve done refers to a pair of locations in England which are somehow connected but look nothing alike. The White Peak comes with crags, babbling brooks and scenic views cutting through the trees. Conversely, the Dark Peak looks almost lunar; a blasted out wasteland lurking in the shadows where what appears to be a gigantic crater resides. The work on here reflects this dichotomy quite well, Meniscus’ half of the equation is far from friendly with a lurching tendency towards anarchic dissonance; Galloway strikes a more conversational tone with what he executes, one feels they can breathe here amidst the organic synthesis and delicate, droning blooms.

What is most intriguing are the connective strands which dart back and forth between these locations; across immense distances a delicate balance is achieved, eventually you will come to understand that what they’re doing isn’t all that dissimilar. Those strands are actually threads meant to serve as the framework for integrating the two halves into a whole…