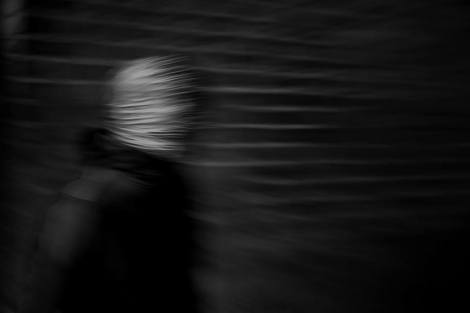 When I listen to these sounds I feel like my soul is literally ripped away from the body. And I say it as a compliment. Ladies and gentlemen I invite you to read the short conversation with Stefan from Anemone Tube.

Tell us your way for a succesful or happy life. Do you think that man is able to live free from religion? What do you think is the meaning of our existence?

In an interview with a German newspaper Michel Houellebecq said, “Every time when I go to a funeral, I feel that the atheism in our society has become unbearable. A society without religion is not survivable” (Die Zeit, 22nd January 2015). This bold statement can be interpreted as a hint about the loss of values, orientation and traction in our consumerist oriented society. Let`s face it, religions provide long-standing values and truths (peace and unity being the essence of them all), no record collection can replace. The misunderstanding of most people opposing religion is, that they think of it as a “concept” – which they decline. But there is no point in trying to rationalize spirituality, as it is something much more deep, for it is all about experience and therefore perfectly real – a uniting reality based on compassion our materialistic world of media distraction certainly doesn`t offer. However it is a hidden jewel, slumbering in each of us and waiting to be awakened.

How would you sum up your musical activity in 2015?

I was involved in production matters mostly with my label The Epicurean with 5 releases released, which have turned out really well; most importantly I accomplished my new album “Golden Temple”, a long-term project 6 years in the works, to be released by Raubbau/Ant-zen, February 11th 2016.

How are you going to spend the upcoming holiday season?

In a meditation retreat.

Is there any film / book / theatrical play / exhibition / computer game which made a particular impression on you in 2015?

Lots of outstanding movies came out, such as IT FOLLOWS (USA 2015, it DOES follow, it`s so real … at least to me), DEMON (Poland 2015, perfectly wicked film implementation of Poland`s suppressed Nazi past), LEVIATHAN (Russia 2014, Pasolini-inspired beautiful, heavily symbolic movie).

Your predictions for the world (in the political and cultural context) for 2016?

“A story is not finished, until it has taken the worst turn.” Friedrich Dürrenmatt, Physicists.

Your personal plans, hopes, expectations for 2016?

I am temporarily working on two extensive compilation projects, one is “Epicurean Escapism III” CD/DVD/catalogue, featuring Sutcliffe Jügend, Skin Area, Last Dominion Lost, Nikolas Schreck and others, as well as a CD compilation dedicated to John Murphy, both to be released Spring 2016.