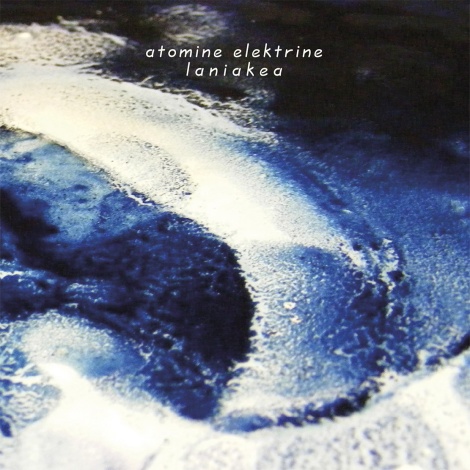 He may have periods of weaker form, and perhaps not all of its projects are equally to my liking, but the fact still remains – Peter Andersson (actually both, but today we are talking about the Raison d’être one) is for me one of the most important musicians currently walking on Mother Earth. First and foremost for Raison, the most popular of his projects. Also, “Drifting In Motion” by Necrophorus would easily find one of the highest places in my personal all-time favourites list. In contrast, the silent hero of my life is “Nebulous” by Atomine Elektrine. Quite modest, always laying by the side, often I don’t even remember about it. But when somehow this bizarre cover crosses my mind, I feel compelled to immerse myself in these sounds and not emerge out of them for the next few hours. Other Atomine Elektrine albums are fine, but this is but the peloton, while “Nebulous” always has a sizable advantage over it.

Quietly, without bombastic announcements, we welcome “Laniakea”, the most recent release by Peter Andersson under the atomic-electron banner. As mentioned by the label, Wrotycz Records, the album concept is based on two unrelated events taking place in 2014: the discovery of a supercluster of galaxies, Laniakea, and the death of Edgar Froese of Tangerine Dream. It’s not the first tribute to the eminent German, and probably not the last. My impression is that many electronic musicians “remembered” Tangerine Dream precisely at the time when their founder crossed over to the other side, and by declaring their fascination with the achievements of the project now they’re trying to link themselves to this sad event in any way possible. But ok, knowing the previous achievements of Atomine Elektrine I don’t suspect Peter for such a calculation.

This is a very good album. Not as good as “Nebulous”, but better than other outcomes of the project. It is based primarily on analog, “cosmic” synthesizers and atmospheric ambient backgrounds. The aforementioned Tangerine Dream and Klaus Schulze are obviously natural associations, it could not be otherwise in this case, although the spirit of Peter’s achievements from the past is also present, even more in the second plan areas rather than in the foreground. The CD version contains eight compositions while the digital version contains only five, so you should purchase a physical medium, especially since these three bonuses which the musician describes as “sketches” at all levels do not differ from the album’s primary content, plus they’re shorter and as a consequence lighter than monumental structures in the style of “Abell 3521” or “Virgo”. Of course, Peter Andersson didn’t discover America, everything sparkles with the allusions and inspirations of the Berlin School, but since it’s a beautiful piece of music history, it is difficult to have any pretensions about lack of originality.

Although this is also a trait for which I can’t put “Laniakea” above “Nebulous”. That album simply had more individual character, the songs did not sound so much like they were a tribute to someone else, but they were a pure Atomine Elektrine creation and the external influences were at most suggested rather than clearly implemented. However, as the implementation level here is a result of the chosen concept, I treat it as a trifle. More important is the fact that “Laniakea” is great to listen – along with this music the mystery of the cosmos becomes even more tempting and inviting to further exploration. Even if only in our imagination.