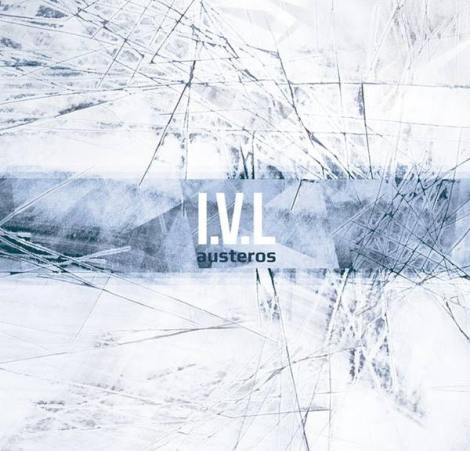 About 10 years have passed since Polish artist Karol Skrzypiec began this project, a timeframe sufficiently explored to shape the matrix for a personal sound texture. The last four releases have all shown a constantly improved ability in manipulating an expanded area of sounds that would captivate and challenge the attention of the auditorium. “Anywhere Out Of This World”, “Future Chaos”, “Perpetua” and “Ambit” (a joint album with Nephenthe) are fascinating cartographies of the neverending possibilities of expression within the dark industrial genre, and you can find insightful descriptions about each one of them on Santa Sangre magazine.

“Austeros” came out on Zoharum at the beginning of this year 2015 in CD format limited to 300 copies. It would not be pretentious to say that Inner Vision Laboratory’s approach to dark ambient is of a dystopian extraction, setting from a technical point of view the dissonant elements presented in the past Lustmord era within the framework of a post-technological tableau. As for the thematic aspect, the Polish project is apparently inclined towards a psychological discrimination enciphered in musical codes of therapeutic value. When the high pitch discordances from the debut tune “Stalker Trail” blast upon the hearing there is the danger of modification of the sensory content, and even so frequencies are kept in control by the very feature of their poignancy. Karol Skrzypiec has learnt how to master incongruous sound elements and range them on a friendly, unifying musical line, all the more enjoyable because it is disturbing. In this view, the piece “Three Until You See”, makes one feel uneasy while keeping the pace almost conditioned, which moves on a tripping car-friendly rhythm.

Listening to “A Tunnel too Twisted” on headphones, one could be thinking how fascinating the live experience of Inner Vision Laboratory would be. The venue would be of much importance, as this multifaceted tapestry of sounds needs to be properly reflected into the listener’s imagination. Architectural acoustics is the science that works to project such an interior space, but the aforementioned track made me think there are even ensembles of constructed sounds that can modify the exterior space. The sort of bending or spiraling of melody that is being suffered on the track’s first part makes one worryingly ask themselves whether the space around them hasn’t been altered towards the direction of the music. The melody loses then its wriggling and develops forward into an ethereal revolving structure, melding together space and time, consciousness and imagination.

“A Home To None” is constructed by assembling minimal industrial or analog noises on the stratum of a digital cadenced buzz, with an alarming pulse irrupting at calculated intervals; this apparently annoying free-improvisation is amazingly resolved, and saved from oblivion due to a mysterious trance-like absorption of the listener’s attention. It is with predilection that the bass-doomy reverb gives the sensation of a downfall through suffocating recesses. “Obey The Soil” strangely sings an earth-prayer upon the sounds imitating a slow digging, which gives to the listener the sensation that he is buying buried, thus honoring a complete identification with the soil.

While advancing through the album, we gain the ambiguous feeling of a deformity that has grown within the mind and filters the perception of the objects that enclose us. It is an edgy feeling of perdition and mental turbulence, all the more inadequate as it is soothing and captivating. “Rust Vermilion Faces”, the piece so close to the description above, and the geological “Bow Before Ancient Mother”, have affinities with Ulver’s “Perdition City” or even more, are suggesting a delightful isomorphism to the musical researches of Thee Maldoror Kollective (especially Pilot).

Perhaps sometime in the future all the arts will have inevitably reached a unifying process. If that austere and synthetic future comes to reality, then it is another possibility that Inner Vision Laboratory will be hailed as one of the pioneers of sculpture in music.