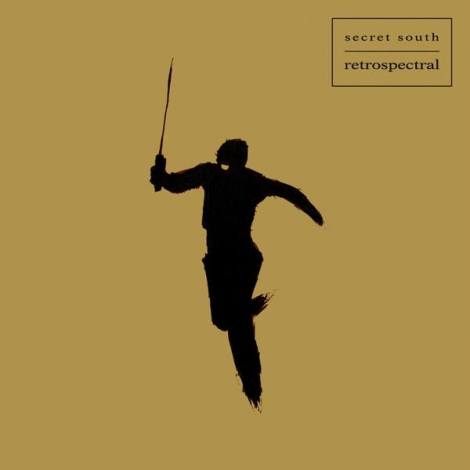 Secret South is the solo project of Jacen Kemp from the electronic duo Flatline Skyline. What he does here in this short album is a reinterpretation of classic American folk songwriting in a lo-fi electronica and drone key. The songs have minimal scores, and are built most of all on acoustic guitar and vocals. The notes of the guitar accompaniment are often distanced between them, without being caged into strict rhythmic patterns, and this, together with the brief duration of the tracks and Kemp’s voice, that never indulges into technical rigidity, almost gives the idea that the songs are “proof copies”, as if he’s sitting on the porch in a sultry afternoon, strumming some new tunes.

This isn’t a negative aspect at all; on the contrary, it suggests an alternative glance on Americana and depicts wide panoramas made of dust, rusty objects and loneliness. I definitely find it an evocative and somewhat romantic scenario, and listening to “Retrospectral” I thought of it as the perfect soundtrack for some scenes of the “True Detective” TV series. In the same way it made me think about The Lindbergh Baby, one of Michael Moynihan’s projects, that delineates an aesthetic of the most obscure aspects of American country music and tradition.

Over all this, there is a radical processing that insists most of all on the spatiality of the sound. The reverbs and equalizations are heavily used to make the output at some times stifling and canned (“Brambled”, “A Moon”), at others dreamy and vast (“Only The Owls Have Been Heard To Inquire”, “Ghost Song”). All over the album, the electronics underline the unsettling atmosphere. More than proper keyboard parts, they are drone generators, distant samples, analog delays and rarely drum machines (“Ghost Song”) that are never in front of the mix, but are nonetheless essential in making “Retrospectral” a layered and complex record. In this sense it’s worth noticing the old video projector sound that goes over all the length of “Tube of Mirrors”, or the locust-like chirp in “Brambled”. Only in two of the final tracks the electronics become structural in the composition: “Distant Laughter” is articulated around dreampop landscapes and metallic percussive sounds, while “Advice for Weary Travelers” is one minute of effected robotic vocals. In the end there is a reprise of “Brambled” that curiously works perfectly as an intro to the first track “Twin Roots”, making the album suitable to be played in a continuous loop.