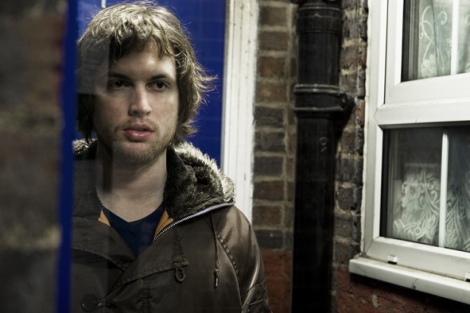 How would you summarize this past year on an artistic and personal level?

Its been a busy and productive year this year despite having released less than any other year since I started. Ive made probably what Id consider to be my best music to date but none of it will be heard until 2015. On a personal level my life was enriched by the addition of a dog who now helps me out (or rather hinders me) in the studio each day. She is slowly learning to keep quiet when Im recording.

Which album have you listened to most often this year (not necessarily released in 2014)?

Going by my itunes stats its currently Grouper ‘Ruins’ but im not sure how accurate that would be as I dont really listen to digital that much. Im sure ive probably listened to a few LP’s more, probably Palace Brother’s ‘Days In The Wake’ or Robbie Basho ‘Visions of the Country’

What was the best gig you’ve attended?

One that stands out in particular was Will Guthrie at Zemlika Festival in Latvia, it was a big surprise to be blown away by a performance on solo drums but it was so many things – meditative, powerful, rhythmical and textural. An incredible solo show of what is possible with percussion.

What was the best non-music related cultural experience you’ve had?

This is cheating maybe but Ive been immersing myself in science and, in particular, space documentaries throughout the year. Our developing understanding of both life on earth and in the cosmos is a rich source of inspiration. Every day my mind is blown a little bit more.

Was there an event within this past year that has significantly influenced your philosophy and outlook on life, or your perception of the world around you? For instance some specific place you visited, people you met and so on?

My trip to Moscow to play a festival in the summer was an important event for me, for some reason going to Russia seemed like a big deal. I didnt know what to expect but what I found was a capital city full of great, kind and interesting people. It reaffirmed that people are the same throughout the world and generally great.

What was your greatest disappointment in 2014?

Probably not to get another Talvihorros album finished and released in the year. The LP version of Eaten Alive did come out at the start of the year which was nice but ultimately a very quiet year for me.

Your plans, hopes and expectations for 2015?

Im releasing the first album under my own name for the Village Green label – called The Sleeper Awakes. Its a step away from the Talvihorros work into more of a cinematic and emotive direction. There will also be a 7″ single and a new album as Talvihorros.