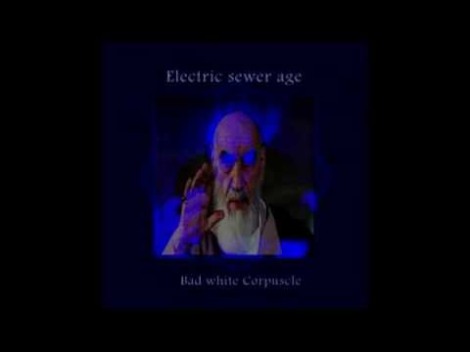 Danny Hyde continues his fantastical journey in sound with this second release under the ESA name and completely moves beyond expectations. Disproving the doubters, this EP is pretty much just him in his studio wrenching new creations out of his equipment; the trainspotters amongst us will no doubt pick out some of the shards he pulls from his past. But he doesn’t make them the focus of what is going on here, they are there merely to accent, to add a bit of depth and help illuminate how many years he’s been at this. Does he follow a muse? If so, it must not be one that operates in the traditional sense. Perhaps it is more of a compulsion to create and then endlessly refine what you’ve done down to the most primal of elements.

There are ghosts all over this thing, you can feel the weight of their absence and at some points you swear you can actually hear them. Tricks of the sound field, the mirror casting back shadows. If anyone else is on here, they have come out of the ether to make an appearance. Don’t be afraid, put on your headphones and immerse yourself into a symphony that Hyde terms “an ode to loss”.

We can all see from the outside what happened over the last decade but for him, it was all right there. Up close and personal. Through the usage of heavily processed vocals and arcane terrestrial instrumentation, Hyde lives up to his reputation for creating amazingly detailed yet extremely dark electronic compositions. The symbiosis of organic and synthetic influences would be his forte and he’s not holding anything back this time out, believe me, there’s a feel to what is on here that isn’t easily conceived. To just sit down and begin knocking out what ‘Bad White Corpuscle’ contains I don’t think could be done unless you had planned and plotted out every last possible contingency down to the millisecond.

I’ve played this a lot but by comparison he’s probably got mixes and additional versions of what’s on here that could fill terabytes of hard drive space without batting an eye.

Electric Sewer Age exists between two worlds: the one of now and an older, more disturbing place which with the passage of time only becomes more savage and terrifying to visit. As it appears he’s chosen to put Aural Rage to bed, we have these excursions to look forward to; every few years Mr. Hyde will come out of seclusion to reveal where he’s at and where he’s going. Clearly, this project is a form of therapy for the guy and having researched precisely what a bad white corpuscle is there’s an uneasy feeling that foreshadowing is being employed here. I’m not privy to whom this refers, I can only hope they know what they’re doing. This is so intense, so unflinchingly expressive that I come away completely drained.