We invite you to read the interview with Bohren & Der Club Of Gore, German group which with their music takes us straight into the forties, to some lousy bar with femme fatale sitting on one’s laps. A bottle of bourbon on the table, a cigarette smoldering in an ashtray … Perhaps Morten Gass’ answers aren’t the longest in the world, but I guess that our, sometimes funny conversation is worth checking out.

Hi guys, how are you these days? Was your last European concert tour successful ?

Yes, thanks we are fine. Don’t know exactly when to call a tour a success, for us it felt like all our previous tours. We are still not fed up with touring, so maybe this is something like a small success. By the way we have to thank all the promoters and people who made this tour possible and who treated us so nice despite our sometimes strange behavior.

First of all, I’d like to ask you about the origin of Bohren & Der Club Of Gore. I know you were playing in various metal and hardcore bands, but eventually turned to, as you call it, “doom ridden jazz music“. Why this, to say the truth, quite unusual twist in your career? Were you tired of loud guitars, screaming vocals etc? Or perhaps it was will to do something unique in rock/metal underground?

Before Bohren we played not particularly original music what we found totally annoying after a few years. But we where/ are not tired of heavy music. It was just a natural development like many other bands went through in the early stage.

Did you consider B&DCOG as a full-time band since the beginning? Or rather as a side-project, an adventure far from your usual projects?

Do you still listen to metal/hardcore these days?

“Bohren” means “drilling” – is there any deeper message behind this word, or you simply chose it because it sounded good?

Both, we had an image of a 30mm drill slowly forcing its way into a massive steel plate.

The other segment of your name is a reference to Dutch instrumental band Gore. But for me personally this word (especially connected with “club”) in some twisted way fits your music. Something dirty and rotten behind a subtle and gentle facade. Does the meaning and interpretation of your moniker evolve during all those years, or it doesn’t have that much of importance today?

Well, everything you said is right. It seems you are one of the few people who really understood the meaning of our name. The name is in some way built like an altar. Especially in our first years the name gave us an extra portion to self-confidence.

Do you have any musical education? Where did you learn how to play all these interesting instruments like Fender Rhodes, mellotron, saxophone etc.?

Christoph is the only trained musician from us who has studied saxophone at the music high school in Cologne. The rest of us are all self-taught dilettantes.

How do you consider your first albums, “Gore Motel” and “Midnight Radio” today? Just an exercise, first steps of a child? Or work of fully shaped musicians? Would you change anything in these albums?

I really like our first albums. Especially Midnight Radio. I even started playing guitar again which we had been deleted from our assortment since Sunset Mission. It’s too bad that we haven’t recorded the first two albums in our own studio but in a studio in Duisburg within 1-2 days recording everything quite sloppy live on a DAT tape.

It’s obvious that B&DCOG is inspired by cinema. Especially noir genre is often mentioned in reviews etc. Is it indeed your favorite genre?

We prefer horror movies from the 60s until the early 80s and an old German crime series called Der Kommissar.

I guess though you’re interested also in other genres (Bruce Lee on “Gore Motel” cover), aren’t you? Any favorite movies or directors?

The Party by Blake Edwards.

Where else are you looking for inspirations?

What kind of emotions would you like to evoke in listeners minds with your music?

We don’t want to force it on anyone. But maybe getting drunk?

You have a quite notable guest on “Beileid”, your last release. It’s Mike Patton himself. I have to admit – that is something. How did you get in touch with him? Could you tell us about this collaboration? Did you actually meet or was this virtual (mail, internet) cooperation?

We know Patton for around ten years now. Ipecac (Patton’s label) releases our albums in the US and from time to time he invites to open up for one of his various bands and projects.

Would you like to work with him in the future?

You know, although I enjoyed that track, I’m not really convinced whether vocals in B&DCOG music is a good idea. Have you ever considered to add vocals to your music on regular basis?

Well, I understand your worries. Bohren is an instrumental band. There are no plans to do another vocal track. Beileid was a special mini album which only features songs that doesn’t fit on our other albums.

Do you know band called Morte Macabre (Anekdoten/Landberk sideproject)? I’m asking not without reason, because if I had to choose only one band that I could somehow compare (on any level) to B&DCOG, that would be Morte Macabre – there’s something very similar in atmosphere of your music, though they’re more rock oriented.

To my shame, no. But I’ll check them out soon. 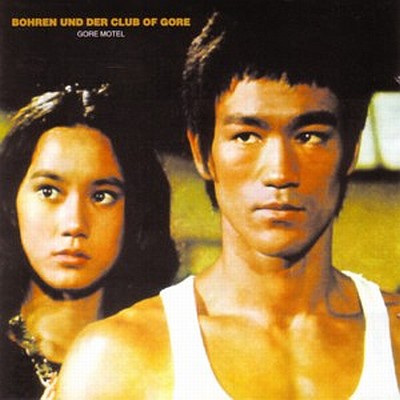 In 2011 your show on Off Festival in Katowice (my hometown) was cancelled in very last moment. What happened back then? Gotta tell you it was my greatest disappointment of that event.

I’m Sorry. My father was dying and I wanted to spend the last hours with him and my mother.

We want to record our next album which is almost completely written and are going to play some more shows.

Thank you for interview! Last words are yours.

Also thank you for your interest and the kind questions. Stay happy.