Gustaf Hildebrand is one of the pillars of  Cyclic Law – probably the most buoyant label on dark ambient market. After the album for Cold Meat Industry (as Lithivm) Gustaf released a bunch of CDs under his own name. CDs filled with highest quality dark ambient of course – that’s why I decided to contact mr Hildebrand and ask him a couple of questions about this and that… Here’s the result of our conversation.

Hi Gustaf. How are you? Things going well I guess? Cyclic Law has just released two albums signed with your name so you must be happy and proud?

Hello! I’m fine, thanks. Yes thing are going alright at the moment, it’s been a few years since I released an album so it’s not a moment that comes around very often. It’s like a miniature christmas party.

Before you joined Cyclic Law, you released an album as Lithivm via Cold Meat Industry. I’m listening to it in this very moment, and gotta tell you it is still good piece of dark music How do you see it today? You still like it or would you rather prefer that people don’t realize that Lithivm was your project?

Thanks a lot, glad someone still likes it! No I don’t mind, I’m sure most people who listen to my stuff know that I did both projects. Lithivm is a project I enjoyed very much when I worked on it, it was fun to create the more brutal and absurd kind of soundscapes for it, as opposed to the project under my own name which is much calmer for the most part. I got a bit burned out on the noise stuff eventually and wanted to create something a bit calmer and more atmospheric, which led to the stuff I do now.

Why didn’t you cooperate further with CMI and decide to join other label?

I think the main reason was that the material I made after CMI released the Lithivm album was a pretty significant departure from Lithivm in a lot of ways. If I remember correctly I sat on the material for quite a while until Cyclic Law were nice enough to release it, and it just turned out to be a very pleasant cooperation.

Should we consider Gustaf Hildebrand albums as somehow continuation of what Lithivm started, or rather completely different project?

I tend to think of it more as different projects as the two are quite different in sound, artwork and also thematically. 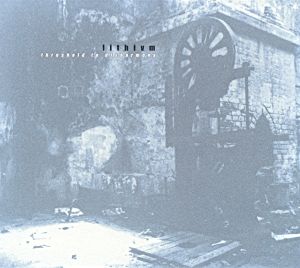 Most dark ambient musicians chose some fancy names for their projects – you decided to release your stuff under your own name. What was the reason of such decision?

I considered a few different project names as first, but none of them really felt completely appropriate. In the end I just decided to do it under my own name as it felt the more honest that way.

As far as I know you cooperated also with Karjalan Sissit. Could you tell me about your contribution in the work of those crazy guys?

I think we sat in the recording studio, drank lots of vodka and hammered on keyboards for a while. A very advanced recording technique.

What attracted you in dark ambient that you decided to create in this style of music?

I’ve always loved music that doesn’t necessarily spell everything out for you and rely more on suggestive atmospheres and themes. Ambient music was always great at this, in my opinion, so I ended up doing this as personal outlet for themes and ideas I found fascinating.

The concept of your music is clearly space-oriented. Weren’t there any interesting subjects here, on Earth that you have to look for inspirations up there in the stars?

There are some “Earth-bound” themes I do like and which might show up on future releases. But I do think that space, as a theme, is just too diverse and complex to ever get boring. I love how the universe both scales you down and makes everything we’ve achieved as a species seem completely pointless, it’s a very humbling feeling.

Do you believe in extraterrestial forms of life?

I think it would be extremely egocentric to claim that life only exists on Earth, the universe is just too big and too diverse for that. 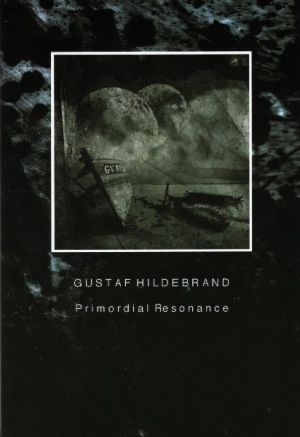 Are you a fan of science fiction? Do you have any favourite books, authors or movies?

Indeed I am. I’ve read a lot of stuff by Alistair Reynolds lately, his short story collection “Galactic North” had some great stories in it. Some other books I really enjoyed recently are “Blindsight” by Peter Watts, “Hull Zero Three” by Greg Bear and “Shadow of a Dead Star” by Michael Shean. I could go on but it would probably get a bit boring. As for movies, the first three Alien films, Blade Runner and Sunshine are the ones I tend to rewatch at least a few times each year.

Your last album, “Heliopause” has just been released by Cyclic Law. I haven’t heard it yet, but I presume we shouldn’t expect any musical differences between this and your previous albums, should we? Correct me if I’m wrong.

There’s some differences. There’s more of a “technological” feel on this album, I think. There’s not quite as much ethereal sounds this time like windchimes and choirs for example, it’s based more on static-sounding drones like radio transmissions and processed synthesizer sounds.

You are also involved in Lacus Somniorum project – which is kind of “family business”, isn’t it. “Tideshaper” is a good album, no doubt about that, but one would say that it’s pretty much the same what you do as Gustaf Hildebrand plus female vocals plus Amanda’s flute. Is it indeed? How would you describe Lacus Somniorum music?

Yes that describes it pretty nicely. For the Lacus album I did (most) of the underlying soundscapes while Amanda of course handled all the flutes and vocals, and if you listen closely it’s probably pretty obvious who of us did what. 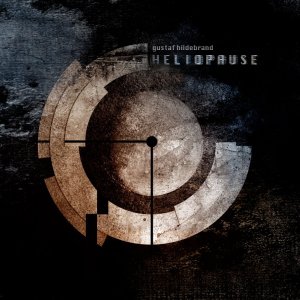 Now you’re the member of Cyclic Law family – which album of its rooster do you like the most (except your own ones certainly)?

There’s a lot of fantastic stuff on Cyclic Law, but the albums I find myself listening to the most would probably be the Kammarheit ones.

Would you like to write a soundtrack for a movie one day? Is there any particular director you’d like to cooperate with?

I certainly wouldn’t say no if David Lynch asked me to do some sounds for him.

Also you’ve just released an album with Peter Bjargo. “Out Of The Darkling Light, Into The Bright Shadow” is the reissue of CD released in 2006. Could you enclose the music on this album – what can we expect?

Yes, it’s a re-release of the album from 2006 which at the time was release in a very limited edition on Peter’s label Erebus Odora. We’ve since gotten quite a lot of requests for it even though it has long been out of print so Frederic at Cyclic Law decided to release it again. It’s also worth pointing out that the Cyclic Law version contains two bonus tracks that weren’t on the original release.

This year is pretty busy for you so far. Any other musical plans for the rest of 2012?

Hopefully I’m going to learn how to use some new music software, and with any luck I’ll start working on the next album as I have a pretty clear idea of what the theme for it will be.

Thanks Gustaf for the interview. Last words are yours.

Thanks a lot for the interview, and good luck with Santa Sangre!